After completing his undergraduate and graduate degrees at Princeton and the University of Wisconsin, Bill Friedheim was hired at BMCC (Borough Manhattan Community College) in 1965 and retired 41 years later in 2006. Friedheim was politically active at BMCC and in the union, where he had many roles throughout the years including chapter chair of BMCC and PSC Webmaster. In this interview, Friedheim provides a wealth of information about the formation of the PSC in the early 1970s and the rise of the New Caucus in 2000. He discusses the New Caucus approach to organizing members and its earliest goals and strategies for building member activism. He states that a “hallmark of the New Caucus was really organizing from the bottom up.”

Friedheim discusses organizing faculty at BMCC during the Edward Draper presidency in the 1970s and some of the challenges BMCC has faced during the Perez presidency beginning in the mid-1990s. In addition, the interview covers how BMCC – given its proximity to The World Trade Center – was affected by the attacks of 9/ll. Friedheim ends with a discussion of the dynamic PSC retiree’s chapter that he has been chairing for several years. 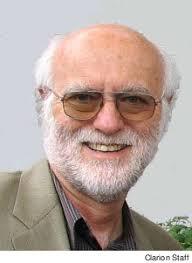 1993-1999 End of Remediation and Open Admissions in Senior Colleges

Proposal for Merger - LC and UFCT

"Sign the Petition for a New Collective Bargaining Election"