This version of the Ray Charles classic was written by members of the Graduate Center General Assembly and Adjunct Project on the occasion of CUNY Chancellor Matthew Goldstein's June 2013 retirement.

The song references ongoing scandals over which Goldstein presided, such as the 1999 end of Open Admissions, a policy which had been understood by many to be a historic achievement in democratizing higher education before Goldstein and the CUNY Board of Trustees dismantled it. It makes reference to Goldstein’s Pathways initiative that lowered academic standards and restricted faculty autonomy. It also mocks his performance and tenure, exposing that Goldstein’s total compensation doubled to well over half a million dollars, and top administrators’ salaries increased. Meanwhile, tuition almost doubled, and more than half of CUNY classes are taught by adjuncts who make under $20,000 annually.

At the July 29, 2013, Board of Trustees meeting, the Trustees approved a one year “study leave” (at full salary) for Chancellor Goldstein, followed by a 5-month Travia leave at full salary, after which he would became Chancellor Emeritus for 5 years at a salary of $300,000. 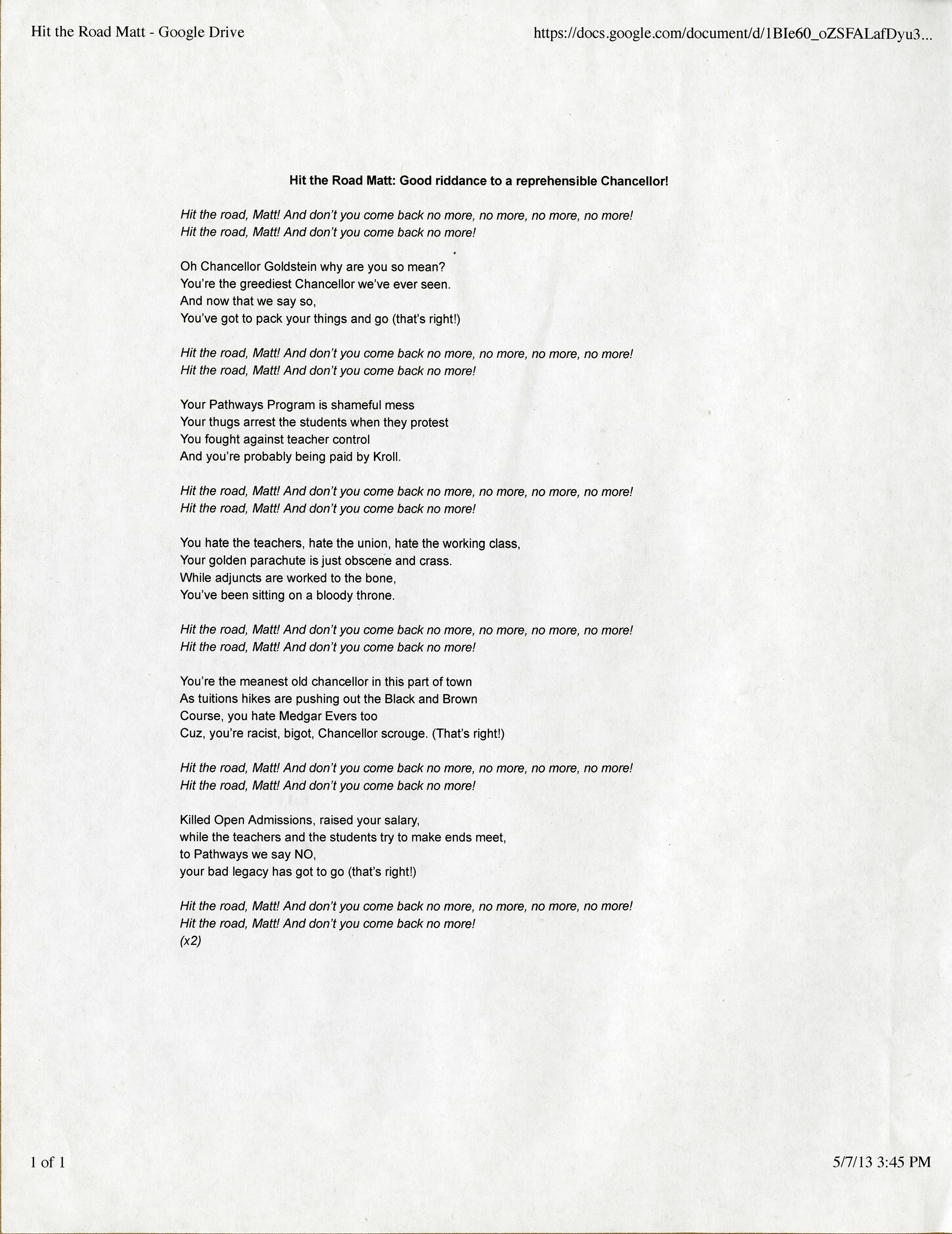