This mock New York Times announcement between Chancellor Goldstein and Kroll Security Group announces a protest in the form of a satirical wedding procession and ceremony, which was to be held on May 1st, 2012.

In addition, the announcement satirically unpacks the actual union between Chancellor Matthew Goldstein's and Kroll Security Group. Kroll inc. was commissioned to conduct an investigatory report about a November 21, 2011 protest at Baruch College. On this date, NYPD and CUNY security clashed and arrested students, while students, faculty, staff, and community members were attempting to peacefully enter a Board of Trustees public hearing about a 5-year tuition increase. On May 8, 2012, after the John Jay College Chairman and head of Kroll, Inc., Jules Kroll, donated $2 million to the college, the "Lynn and Jules Kroll Atrium" was unveiled. On January 4, 2013, Kroll, Inc. released a report absolving CUNY of any wrongdoing in the Baruch College incident. 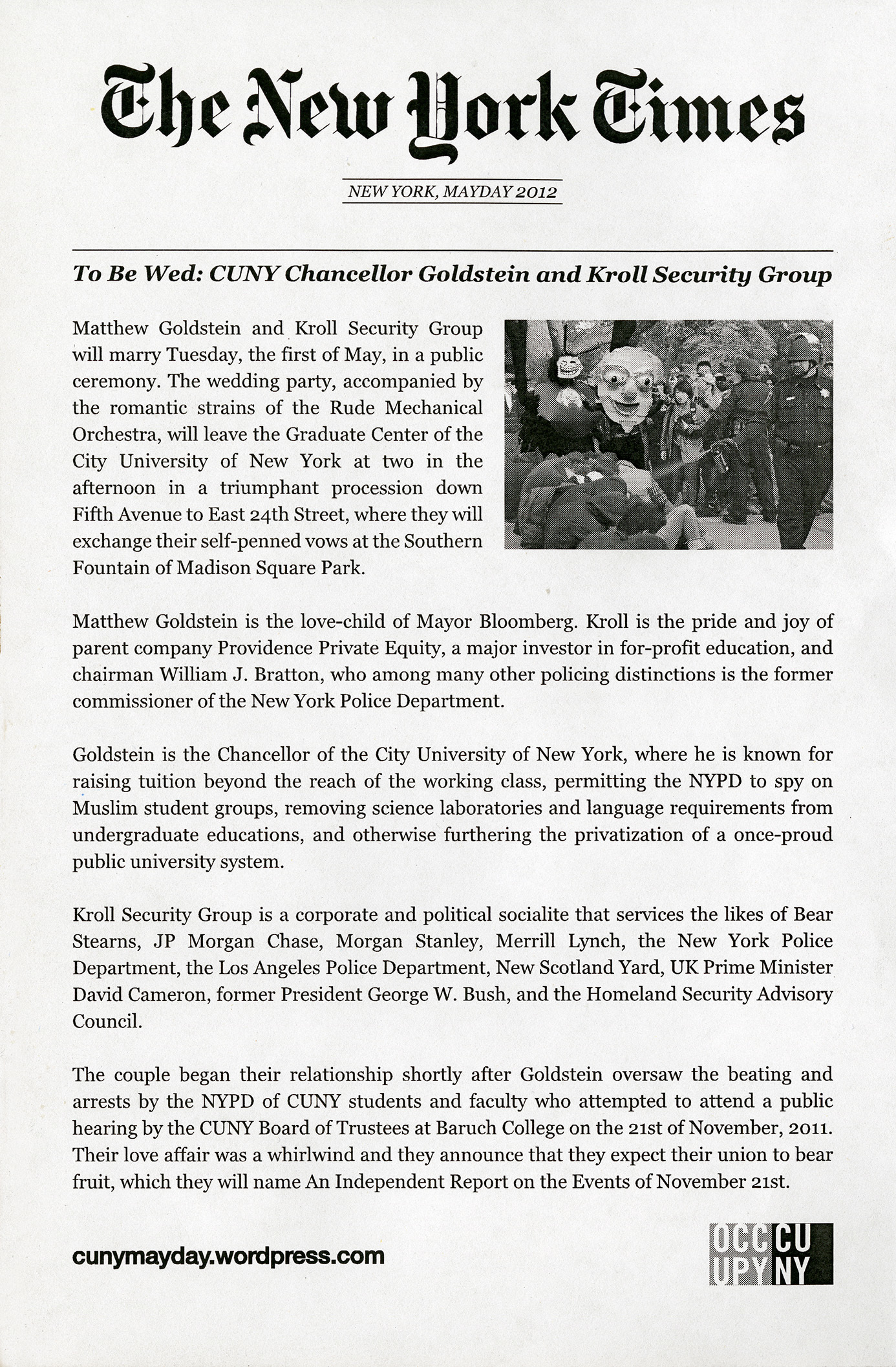