This mock okCupid (online dating site) profile was made for Chancellor Goldstein. The fields satirically emphasize his support of tuition hikes, and his partnership with Kroll Security group in the wake of the November, 21st 2011 protest at Baruch college in which students and police clashed.

Chancellor Matthew Goldstein hired Kroll Security Group to conduct a biased investigatory report about a November 21, 2011 incident at Baruch College. On this date, NYPD and CUNY security physically attacked and arrested students, faculty, staff, and community members who were attempting to peacefully enter a Board of Trustees public hearing on a 5-year tuition increase. On May 8, 2012, after the John Jay College Chairman and head of Kroll, Inc., Jules Kroll, donated $2 million to the college, the "Lynn and Jules Kroll Atrium" was unveiled. On January 4, 2013, Kroll, Inc. released a report absolving CUNY of any wrongdoing in the Baruch College incident. 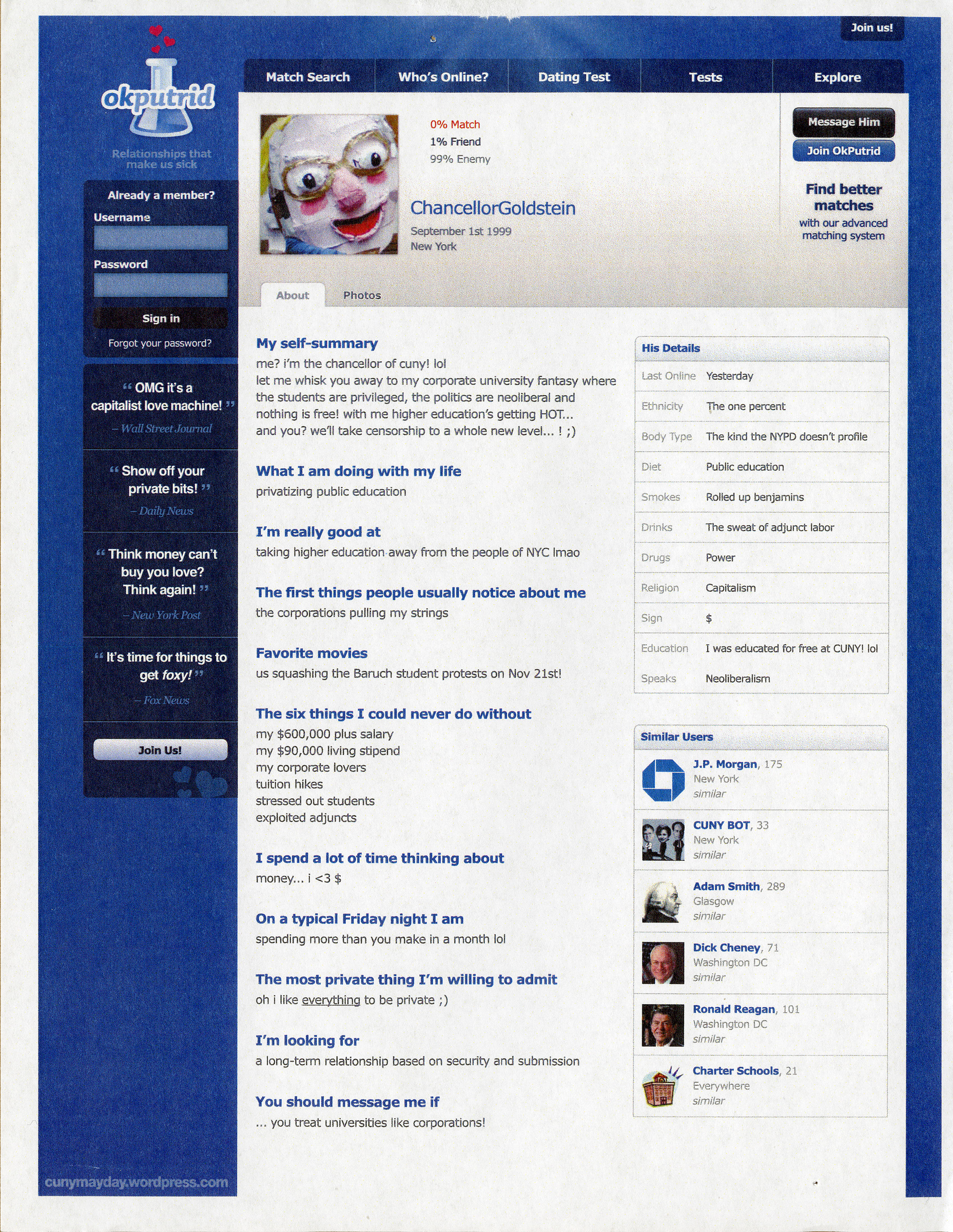