This flier, from November 20, 1934, advertises a demonstration calling for the reinstatement of twenty-one expelled City College (CCNY) students as well as the removal of college president, Frederick B. Robinson. The twenty-one were expelled following an anti-fascist rally on October 9th.

Commencing at 11am and lasting approximately two hours, upwards of 1,500 students participated in the demonstration with three students reported to have been arrested during a clash with police attempting to move the event off campus grounds.

Following squabbles with police and organized speeches, the strike's main (and concluding) event was the burning of a two-headed effigy of CCNY President Robinson and Italian Prime Minister Benito Mussolini. Robinson is depicted in his academic regalia grasping the umbrella with which he struck students at a rally in the prior year. 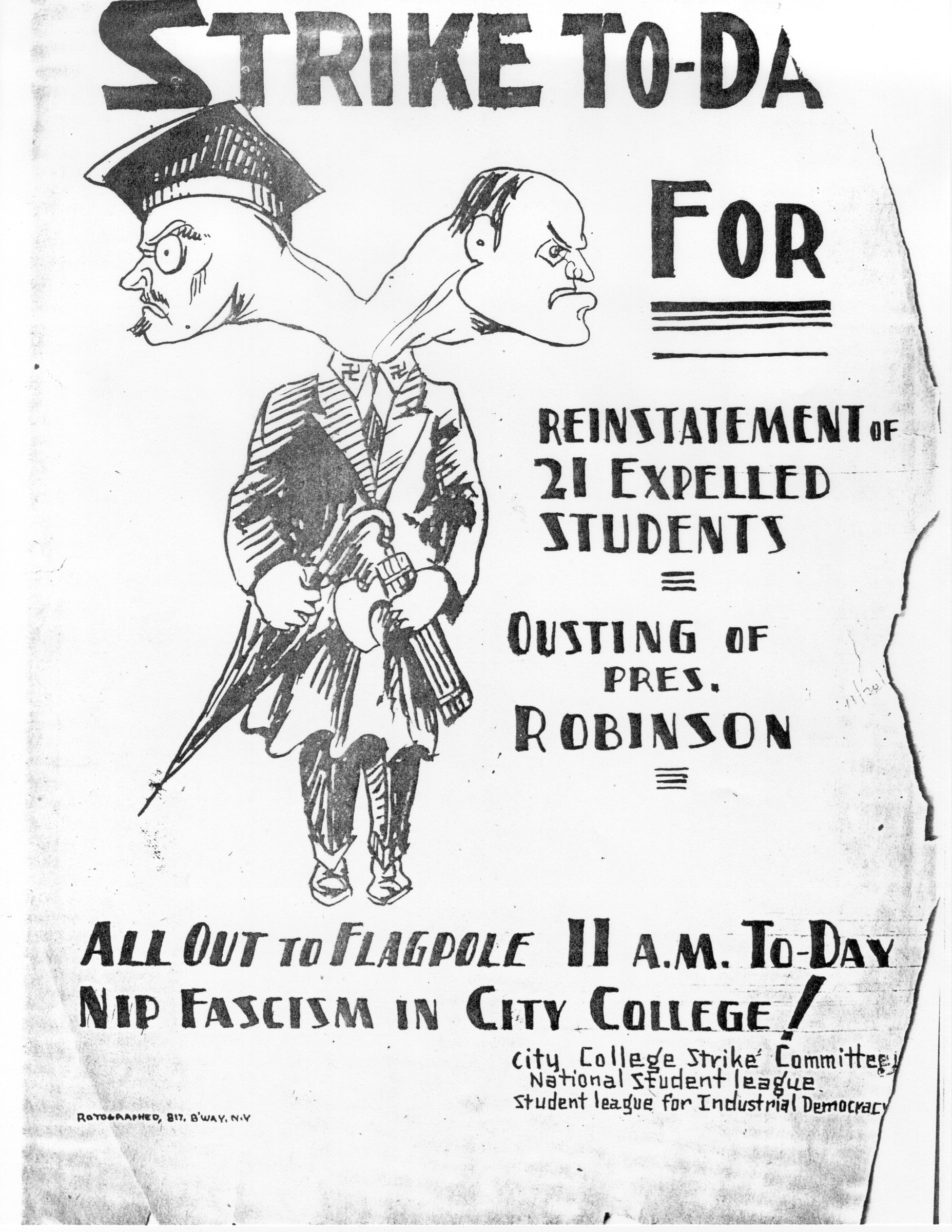