This photograph captures a rally held by the Professional Staff Congress during their deadlock with CUNY administration over the terms of a new contract in 1973. As negotiations stalled, the PSC held a number of rallies demanding that CUNY administration bargain in good faith. This particular rally was held in front of the CUNY headquarters on East 80th Street in New York City.

The woman holding the sign, in the center of the photograph, is Evelyn Lerner, a union leader from the New York City College of Technology. Directly in front of her is Lilia Melani, a leader at Brooklyn College, and in the late 1970s and early 1980s, the leader in the legal case that won pay equity, including retroactive payments, for the female faculty and staff at CUNY. 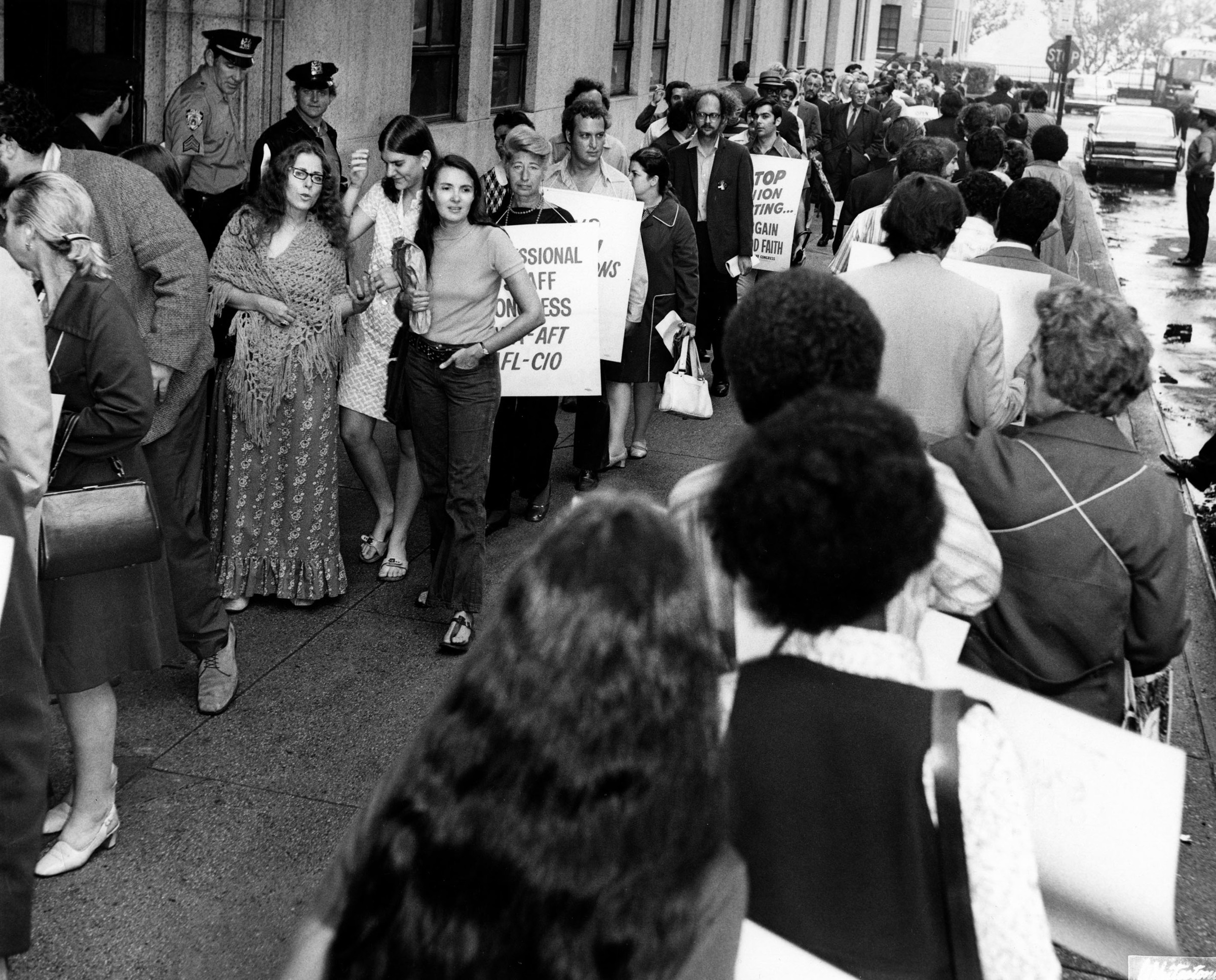