This photograph was used by the Professional Staff Congress (PSC) as part of its campaign against a 50% tenure quota policy for academic departments that had been announced by Chancellor Robert Kibbee, and then approved by the Board of Higher Education (BHE) on October 29, 1973. The PSC strongly fought against the policy and this photograph was part of its outreach to the general public. First Vice President of the PSC, Irwin Polishook, is on the left. Jerry Meyer, a union leader from Hostos Community College is in the background. The campaign was a success, and, on April 22, 1974, the BHE rescinded the tenure quota policy. 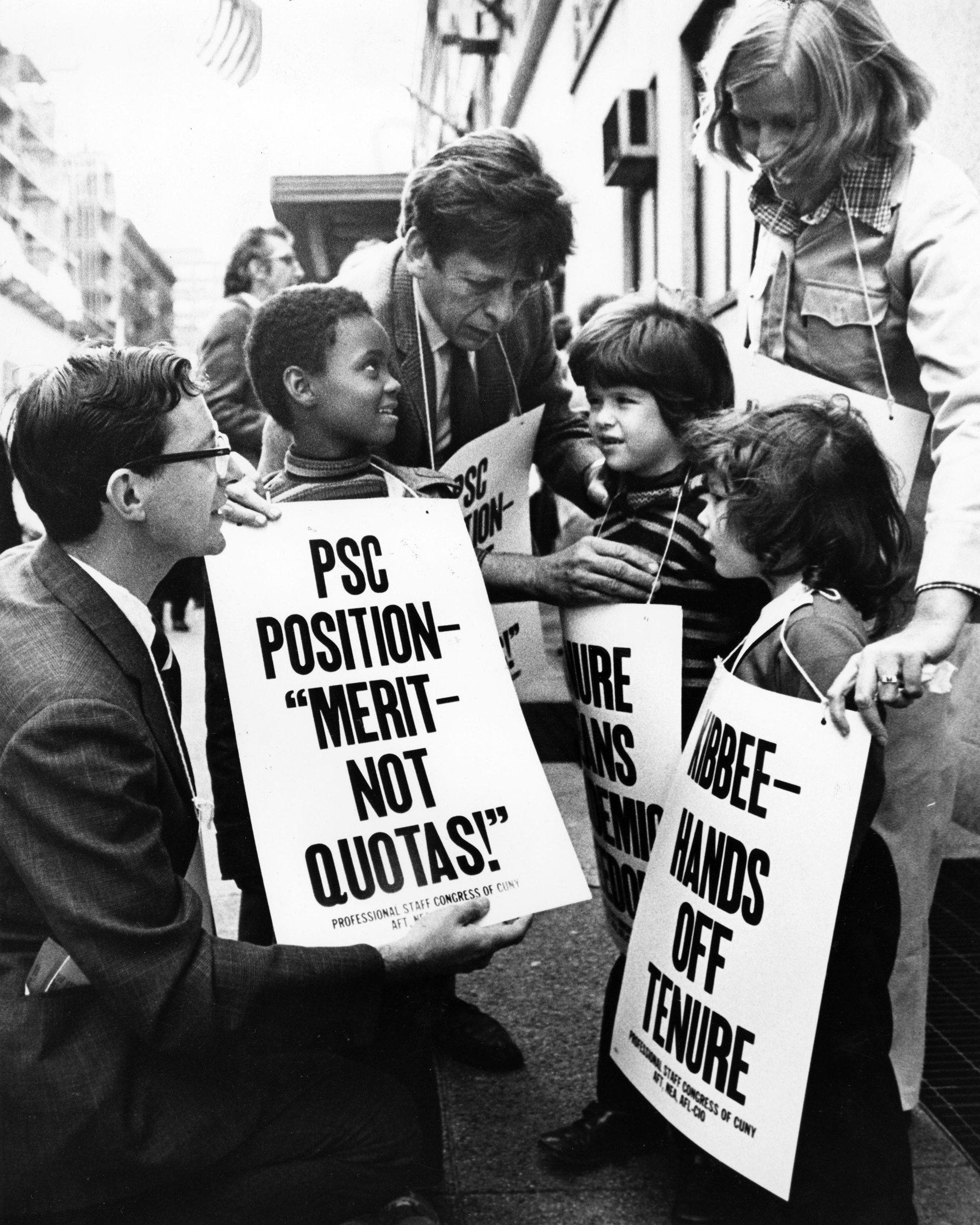 Letter from Wilfred A. Callender to Alfred Giardino: Concerns About Limited Space at Hostos

Dorothy Harris in Protest Over Space at Hostos